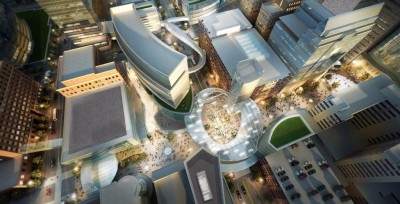 Heart of the City, seen above, represents the heart of downtown. This district creates a true center of Rochester, a crossroads where Mayo Clinic, commercial, retail, and residential meet.

As he has done at several previous DMC Corporation Board meetings, George continued to emphasize a strong focus on the Heart of the City sub-district.

“All the citizens, all the visitors to Rochster need to see improvements,” George said. “It’s incumbent upon us to get that moving quickly.”

“We need to back this and get it moving,” George said. “We need to have specific milestones by which we can measure progress.”