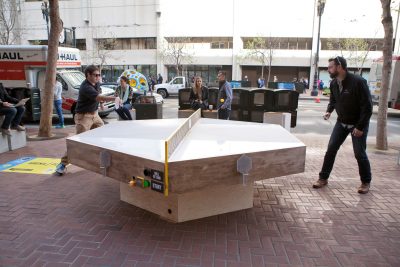 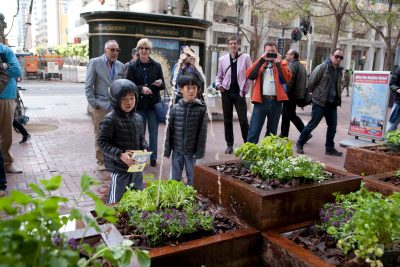 Legendary urban design writer and thinker Jane Jacobs once wrote that “cities have the capability of providing something for everybody, only because, and only when, they are created by everybody.”

With those words in mind, the Destination Medical Center, the Rochester Downtown Alliance and the Rochester Art Center are hosting a Community Conversation About Prototyping tomorrow evening at the Rochester Art Center. The event is free and open to the public, and it is meant to educate community members on experiences from prototyping festivals in California that were organized as a way to reimagine urban spaces in San Francisco and Oakland. Ultimately, we’re hoping the forum will spark some creative ideas about how Rochester’s urban landscape can promote health and well-being prior to our own prototyping festival in September. The event will feature Our City co-founders and prototyping festival organizers Jake Levitas and Ray Boyle.

What do you mean by “prototyping” in the context of urban design?

Prototyping is a problem solving exercise. It involves experimenting with potential solutions, and seeing what sticks.

In the context of urban design, Patrick Seeb, DMC director of economic development and placemaking says prototyping is “the idea of exploring and testing out what change in the city can look like by building and constructing temporary installations.”

In San Francisco, for instance, a prototyping festival was meant to prompt community members, artists, designers and makers of all types to rethink how Market Street, a main thoroughfare in the city, could become more people friendly.

What can I expect at Rochester’s prototyping discussion?

What was the outcome of other prototyping festivals?

A six-sided ping-pong table, a multi-user instrument and a grass-covered rocking chair are just a few examples of temporary installations created during the 2015 Market Street Prototyping Festival in San Francisco.

Why is prototyping important for Rochester and the Destination Medical Center?

Over the next twenty years, there will be unprecedented investment in Rochester’s public infrastructure. We also know that Rochester strives to be a city for health.

This event – and the subsequent prototyping festival – is an important way to involve the community in the process of connecting Rochester’s urban landscape to the theme of health and well-being.