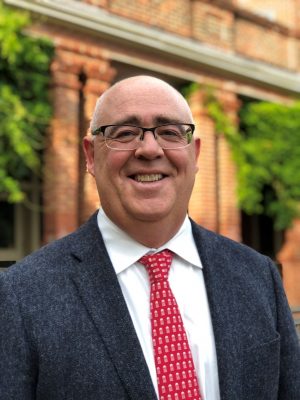 Wayne Gannaway joined the History Center of Olmsted County as its executive director in June 2019. The history center shares the stories of Olmsted County’s people and places to encourage residents and visitors to explore how those stories connect to their own experience and those of their community. The organization is currently working on a re-branding to engage with a broader segment of the community, with a special emphasis on bringing history downtown, through pop-up exhibits, digital platforms and special tours and programs.

The United Way is a community change organization that unites people in need with the resources they need to reach their full potential.

Jerome Ferson has been leading that change at the United Way for just more than four years. DMC sat down with Ferson to learn more about his goal of achieving education, health, and financial stability for every person, especially those most in need.

The County Land Use Plan Update, the City’s Downtown Master Plan, and the Rochester Olmsted Council of Governments (ROCOG) Long-Range Transportation Plan all relied on forecasts developed by the Planning staff back in 2004. The Planning staff made the assumption that health care employment would maintain the same relative position in comparison with the rest of the nation that it has enjoyed for the past few decades. Because of the demographic changes affecting the country (with the aging of the baby boom, the demand for health care is increasing exponentially), this means that we assumed consistent strong growth in health care employment. Our total employment forecast for 2030 was 143,500 jobs.

Comparing our projections to the data from the Bureau of Economic Analysis for 2010 shows that the recession had a significant impact for most industrial sectors in the County. Most notable was a 37% decline in manufacturing employment since 2000. Fortunately for our economy, this decline was offset by a 32% growth in health care employment, giving Olmsted County a net gain in jobs over the decade of 7%.

In other words, health care employment during the 2000’s maintained its relative edge.

Following the 2010 Census and the release of the State Demographic Center’s revised population forecasts, we have adjusted our employment forecasts. Assuming that manufacturing employment remains stable and adjusting the other sectors for the impact of the recession, our 2030 forecasted total employment without adjusting for the DMC’s internal forecasts would be 139,800 jobs. Adjusting for the DMC forecasts, and applying the local ratios of basic sector to support sector jobs, our total becomes 149,400 jobs. These are roughly consistent in total with our original forecasts, although the health sector is a larger share of the total.

Olmsted County has been through rapid employment growth before. From 1983 to 2003, we grew by 35,000 jobs. That was during a time when the baby boom was entering the labor force, however, and this will be during a time when the baby boom is retiring. This leaves growing employers with a potential labor force shortage. This shortage will have to be made up by increased commuting, transfers from other sectors of the economy, deferred or part time retirement, and increased migration. Our ability to rely on commuting will depend heavily on our ability to invest in safe and energy-efficient infrastructure.

What thoughts do you have about growth in Rochester and Olmsted County? Share your thoughts here.