The flood-prone waterway of the Zumbro River in Rochester, Minnesota has mainly served a utilitarian function as little more than a tightly contained stormwater pathway running through downtown, with the buildings along its banks oriented away from it.  In short, the Zumbro has not been seen first and foremost as an attractive and vital natural resource for Rochester’s quality of life.

Now, however, the City of Rochester and Destination Medical Center (DMC) are soliciting ideas from private developers for Riverfront Re-Imagined, in which they are seeking a broad range of redevelopment proposals on how to build out 2.5 acres of key riverfront property now owned by the city.

The site along the Zumbro’s west bank couldn’t be more strategically located to accomplish the goal of providing a vibrant new role for the river in Rochester’s future. The northerly end begins just across 2nd Street SW from the Rochester Public Library, then hugs the river as it curves to the southwest and finishes up at the 4th Street Bridge.

It currently holds a city-owned parking ramp and a retail building which could be razed as part of any redevelopment effort. The site was previously considered for a massive mixed-use project which ultimately failed to materialize; it’s indeed a spot that presents some difficult and costly challenges for most private builders.

City leaders, however, have remained optimistic about its potential partly because of its location within the DMC’s Waterfront Sub-District. This designation gives potential developers access to unique financial assistance tools which can in turn be leveraged to elicit a truly transformative project for the Zumbro riverfront. 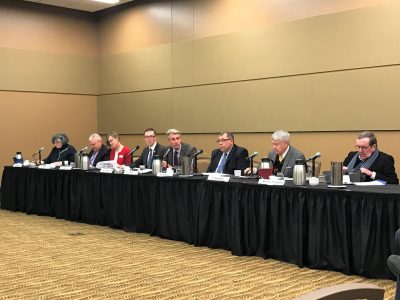 The Destination Medical Center Corporation (DMCC) Board wrapped up its final board meeting of 2019, applauding the many accomplishments this year, with several major projects completed or nearing completion and new projects approved.

“Decisions made just a few years ago have created economic impact today,” said DMCC Board Chair R.T. Rybak. “This activity demonstrates that our early efforts to catalyze the development market and accelerate the momentum of Rochester’s economy of innovation and discovery are paying off in real time.” 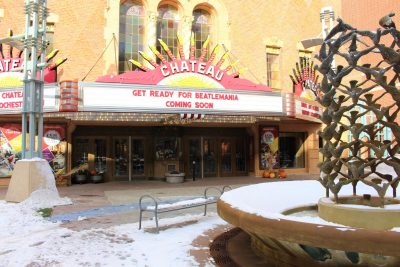 One project supported by Destination Medical Center (DMC) is the renovation of the historic Chateau Theatre. Carrie O’Keefe, director of business development of Exhibits Development Group (EDG), the manager and operator of the Chateau Theatre, announced November 23, 2019 as the public opening for the Chateau and the Minnesota premiere of The Magical History Tour – A Beatles Memorabilia Exhibition. 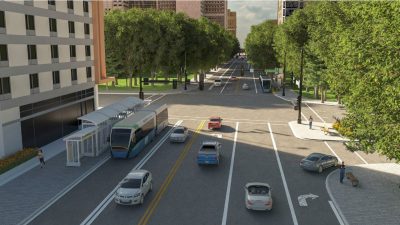 After months of study, deliberation, and community conversations, the Destination Medical Center Corporation (DMCC) Board approved a transit circular route along 2nd Street SW and Broadway, and approved bus rapid transit (BRT) as the mode of transportation. Included in the approval is a commitment to pursue affordable housing at the two transit villages that will mark the ends of the route. The Rochester City Council also approved the same key components.

The circulator will provide high quality downtown public transportation service for residents, commuters, businesses, patients, students and others to transit villages located in two locations on the northwest and southern edge of downtown. Destination Medical Center (DMC) and the City of Rochester began planning for the circulator to prepare the community for a growing number of downtown commuters.

Leaders of Connecticut-based BioSig Technologies say the prospect of establishing itself in an emerging world-class hub for medtech innovation played a big part in driving their decision to open a new research & development facility in Rochester, Minnesota.

The 10-year-old, Nasdaq-listed firm announced Oct. 15 it has set up shop in the Discovery Square life sciences hub, one of the six development sub-districts comprising the Destination Medical Center (DMC) area in and around downtown Rochester.

Discovery Square’s focus is leveraging the power of Mayo Clinic’s global clout as a research powerhouse to spin off a thriving biotech and medtech start-up community, bringing together the scientific expertise, entrepreneurism and venture investment elements needed to establish the city as an attractive destination for emerging companies.

And in the case of BioSig, it all worked as planned. The firm had earlier established a scientific collaboration with a local expert — Dr. Samuel Asirvatham, vice-chair of innovation and medical director of Mayo’s Electrophysiology (EP) Laboratory. Together they helped develop the PURE EPÔ platform, which uses proprietary technology to filter out electromagnetic interference from equipment in a typical EP lab to produce “cleaner” electrocardiograms needed for safer and more efficient catheter ablations, a quickly growing procedure to treat stubborn cases of complex heart arrhythmias.

The Sept. 19 celebration marking the grand opening of One Discovery Square, a cornerstone element of Destination Medical Center’s Discovery Square sub-district, was justifiably hailed as a joyous moment by hundreds of guests, local officials and curious passers-by on a warm afternoon in Rochester, Minnesota.

And why not celebrate? The official opening of the unique, 90,000-square-foot office/bioscience building, located at 201-299 4th Street S.W., commemorated a symbolic achievement for Rochester.

The quick lease-up of Mortenson’s building by tenants such as Mayo Clinic, the University of Minnesota-Rochester, Epic Systems, WuXi Diagnostics, Philips, Boston Scientific, Rion and others is already demonstrating how the core DMC goal of creating local economic diversity by leveraging Mayo’s healthcare industry clout can work in the real world. 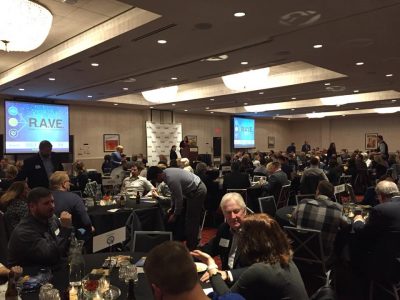 Rochester is home to a growing network of entrepreneurs, and this month, four days of events will highlight the successes of the region’s innovators. Rochester Entrepreneurship Week, from October 22 through October 25, features 11 events throughout the city, covering a variety of issues that affect local entrepreneurs. 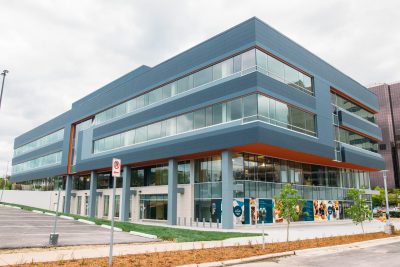 One Discovery Square, the new Destination Medical Center (DMC) Discovery Square development by Mortenson, has announced the addition of Rion LLC to the building in downtown Rochester.

Rion currently has a presence in Rochester and the lease at One Discovery Square marks an exciting phase of expansion for the company. The Rion team at One Discovery Square will be focused on advancing regeneration through innovations related to its exosome biotherapeutic platform, development of novel off-the-shelf biologics technologies and biomanufacturing. By being in One Discovery Square, Rion aims to work with teams at Mayo Clinic to develop lifesaving technologies that have the potential to augment access and improve the economy of healthcare. 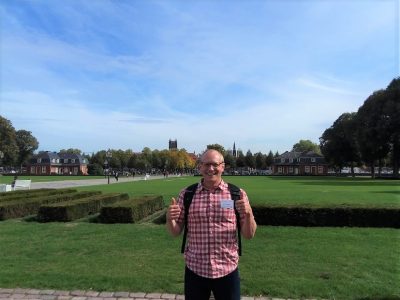 Kevin Bright, DMC Economic Development Agency and City of Rochester Director of Energy and Sustainability, returned from a week-long trip to Germany with plenty of ideas to help Rochester improve its sustainability practices.

The University of Minnesota Institute on the Environment organized the trip for government and community, policy and state agency leaders from several Minnesota cities, including Rochester, Elk River, Morris, White Bear Lake, Warren and Duluth. Each city is paired with similar partner cities across Germany; Rochester is paired with Münster. Traveling with Bright from Rochester were Mayor Kim Norton, Senator Dave Senjem, City of Rochester Sustainability Coordinator Kristi Knudson, and Katie Jones from the Center for Energy and Environment. 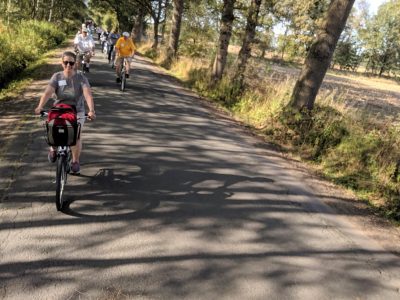 They spent the week learning firsthand how German cities are preparing for changes in energy and sustainability. 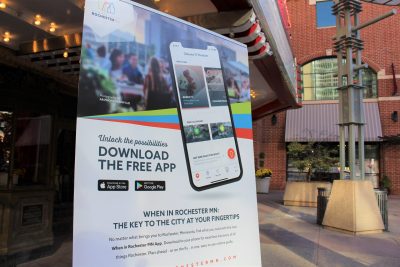 Experience Rochester, Destination Medical Center and Mayo Clinic announced the launch of a new mobile app, “When in Rochester, MN.” The app is the result of a unique collaboration between three organizations focused on improving the experience for community members, visitors and patients.

“The When in Rochester, MN app is exactly the type of project we love to see in the Rochester community,” said Lisa Clarke, Destination Medical Center Economic Development Agency executive director. “The partnership between our three organizations is what makes this app different than other apps in other cities. Our teams have taken the time to understand what our community members and visitors need while in Rochester – and developed an app for that.”