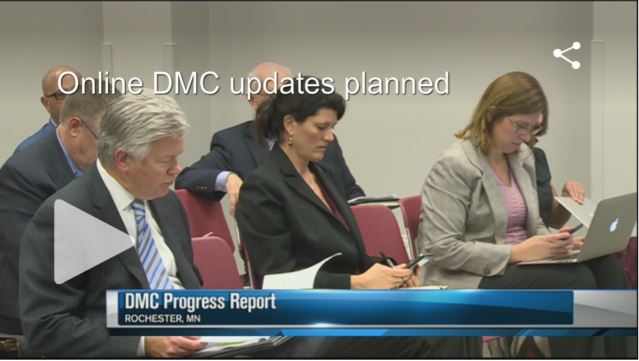 The Destination Medical Center has been brought up a lot in our area over the past several years, but understanding what goes into it can be overwhelming.

City officials in Rochester have an idea to make that a little easier. Monday, Council Member Nick Campion suggested a DMC “progress report card” of sorts. It would be something put together by the city every few months (2-3) that paints a clearer picture to the public of where funding is at, what projects are in the works and how things are moving along.

“It’s going to open the doors for a lot more people to be aware of, at an objective level not necessarily influenced by someone’s point of view.  Here’s where these projects are at and here’s that information so you have your hands on it and you can come to your own conclusions,” explains Campion.

He says city staff will work out exactly how to format the report. They hope to begin posting on the city’s website in January of 2016.