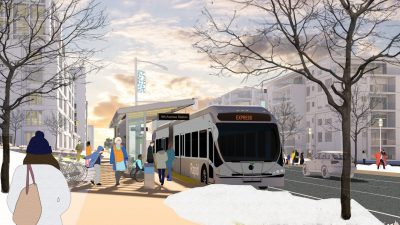 A $56.1 Million federal funding recommendation for Rochester Rapid Transit: What does it mean?

The City of Rochester submitted a funding application to the FTA in summer 2020. That application states a total Rapid Transit project cost of $114 million and requested federal share of $56.1 million. The funding recommendation issued by FTA on May 28, 2021 indicates that when the project has completed its requirements, approximately $56.1 million in federal funds (subject to Congressional appropriation) would be available to fund the project. Planning and design for Rochester Rapid Transit is ongoing. The final total project cost and the final value of the CIG funding will be set in late 2022 when the City and FTA enter a Small Starts Grant Agreement (SSGA) which defines the project, including its cost, scope, schedule, and level of service.

A Medium-High Rating for Rochester Rapid Transit: What does it mean? 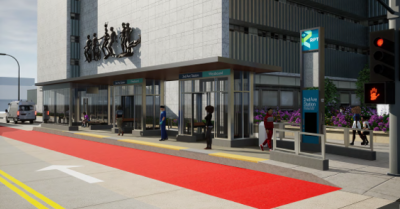 The Capital Investment Grants (CIG) Program is the Federal Government’s primary financial resource for supporting transit capital projects that are locally planned, implemented, and operated. The law requires the Federal Transit Administration (FTA) to evaluate and rate all CIG projects on a set of statutorily defined project justification and local financial commitment criteria. Projects must receive and maintain a “medium” or better overall rating to advance through project development and be eligible for CIG funding. Rochester Rapid Transit received a rating of “medium-high”, confirming its eligibility for CIG funding.

Learn more about Rochester Rapid Transit and sign up for informational webinars here. The next webinar is Tuesday, June 29 from 12-1 p.m. and 5-6 p.m. and will focus on the environmental process and progress.