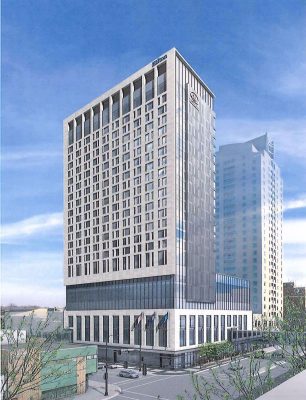 After terminating its deal with a Saudi prince, the long-delayed Broadway at Center project is looking for new investors.

The $145 million hotel, apartments and commercial project, which was announced in March 2014, has been awaiting a $105 million loan to help finance the 23-story complex, planned for the southeast corner of Broadway Avenue and Center Street.

The loan from Minneapolis-based Dougherty Funding LLC was to close May 31, according to a letter sent to the city of Rochester. That date came and went with no deal being done.