As we transition into another year, it is a prime opportunity to examine the state of the Rochester entrepreneurial community, take stock of our achievements over the past year, examine our losses, and assess the future direction of this city’s innovation sector. 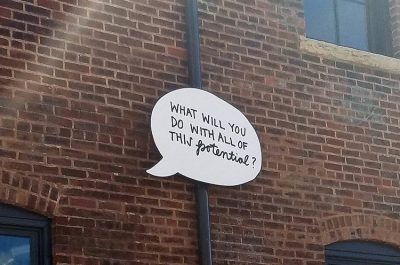 2017 brought several significant ongoing programs to Rochester. February saw the launch of 1 Million Cups Rochester, a monthly educational program for entrepreneurs that takes place in 163 communities across the United States. This event gave fourteen different Rochester startups the opportunity to share their story and gain input from the community on pressing business issues.

This year, two Rochester tech companies, Brandhoot and Xylo Technologies, were nominated for the U.S. Chamber of Commerce’s 2017 Dream Big Small Business of the Year Awards, a significant honor for the community. In 2017 Binding Site, a global immunodiagnostic and instrumentation company established a facility in northwest Rochester. This summer we also saw the addition of several new flights at Rochester International Airport, creating increased opportunity for business travel out of Rochester and improved connectivity to the global workforce.

In 2017 the entrepreneurial community experienced positive momentum in funding, with hopes to continue this trend in 2018. In August, Rochester Area Economic Development, Inc. (RAEDI) announced the launch of the Southeast Minnesota Capital Fund to provide equity financing for startup development. While the new fund has not yet made any investments, Rochester companies raised over $17.5M in 2017 (according to Crunchbase), which includes a $5.4M Series A funding round by Ambient Clinical Analytics, as well as additional private equity and venture capital raises. RAEDI’s startup seed capital fund, the Economic Development Fund, to date has invested in fifteen local companies, of which eighty-two percent are women or minority-owned. On the state-wide level, 2017 saw a record number of investments in Minnesota’s Medical Alley with $735M raised by eighty-five companies.

Growth in Destination Medical Center’s Discovery Square sub-district also occurred over the past year. The district now has six current projects, including the Mortenson Building, the first new construction building in Discovery Square. Groundbreaking at this site occurred in November.

This year also brought a general increased interest in entrepreneurship within Rochester and increased coverage of this community by the city’s traditional news media. We also experienced increased organization of Rochester’s innovation sector with a larger number of local organizations beginning to partner with the city’s entrepreneurial community. One example of this increased connectivity was manifested in June, when Vic Gundotra and Dave Albert, senior leaders of the Silicon Valley health tech company AliveCor, shared their stories of risk and uncertainty in an open forum with Rochester entrepreneurs.

Our entrepreneurial sector also experienced losses in 2017. Perhaps one of the most significant was the exit of architect Adam Ferrari, a leader in the creative community who designed inspiring spaces like Collider Coworking, Grand Rounds Brew Pub, Forager Brewing, Cube, and Café Steam where people could connect, learn, and build businesses. This year also saw the acquisition of Rochester startup Able, a tech startup that built software for farmers by farmers, which resulted in the dissolution of the startup and loss of four local tech jobs.

Although the community had setbacks this past year, 2018 offers opportunity. We look forward to potential increased international and national interest in Rochester, especially in the Discovery Square sub-district as it continues to grow. We also hope to see increased investment in Rochester-based companies and to experience continued recognition as an emerging biotech hub.

Special thanks to Jamie Sundsbak, Community Manager at Collider Coworking, and Xavier Frigola, Director of Entrepreneurship at RAEDI, for their input on the state of the Rochester entrepreneurial community.