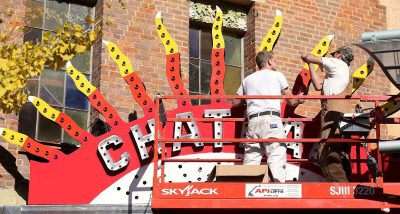 A $21.3 million plan to expand the Chateau Theatre is headed to the Rochester City Council later this month for approval.

Called Option E, the plan by Miller Dunwiddie Architecture calls for expanding the theater east into the alley and excavating below the existing footprint of the building to add a lower level. Denita Lemmon, a Miller Dunwiddie associate principal, presented the proposed plan to the Chateau Theatre Re-use Task Force on Tuesday.

The alley expansion, Lemmon said, is to enlarge the theater’s lobby space. The entrance and lobby would be on the south side of the building, facing the Peace Plaza, with theater seats facing a stage on the north end of the theater.