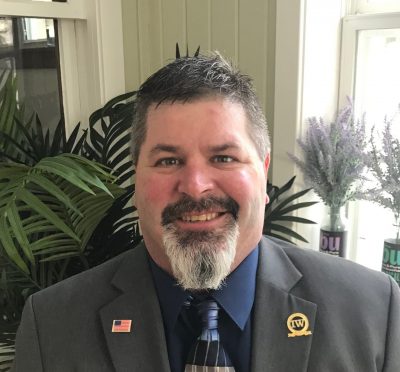 The Southeastern Minnesota Building & Construction Trades Council is comprised of 16 local skilled trades unions. The Council is dedicated to educating and training workers in the skilled trades that can provide stability of employment and economic security for organized construction workers in the Southeast Minnesota area. Nate O’Reilly, President of the Southeastern Minnesota Building & Construction Trades Council, has been involved in the construction industry for more than 20 years in various roles and recently shared more about his career and the Council’s priorities.

DMC: What path brought you to your current position with the Southeastern Minnesota Building & Construction Trades Council?

O’Reilly: After High School and joining and serving in the Army Reserve, I began working in construction, and after a few years, I was exposed to and joined the Ironworkers. I worked several years as an Ironworker in many roles, from starting out as worker and welder in a crew to foreman, general foreman, and other leadership and project management roles. I became active with the Ironworkers Union and was appointed and then elected as Business Representative in 2014. I have served as Ironworker delegate to the Building Trades Council, elected by trade affiliates as V.P. of the Council in 2017, and elected as President in 2018.

DMC: What are some of the top priorities for the organization in the coming year?

DMC: What do you feel sets Rochester apart from other cities?

O’Reilly: Rochester and Southeast Minnesota have one of the best pools of potential workers possessing the drive and work ethic found anywhere.  The DMC initiative undertaken by the City of Rochester, Olmsted County, State of Minnesota, and Mayo Clinic is the largest public-private partnership in the state’s history and could serve as the model to be used throughout Minnesota and the rest of the nation.

DMC: Why is the Destination Medical Center initiative so important to the future of Rochester?

O’Reilly: Positioning Rochester as the premier place in the world for health and wellness has ripple effects in all sectors of the economy throughout our region and will ensure economic prosperity and stability for generations to come.

DMC: What advice would you give to someone thinking about building a life, starting a career, and/or raising a family in America’s City for Health?

O’Reilly: Throughout my career, I have had the opportunity to work and spend significant time in 44 different states. I am proud to have been to those places and some have great things to offer, but none, in my humble opinion, offer the entire package of the best place in America to work, live and raise a family as the Rochester, Minnesota area. And don’t let the cold winters scare you. We have fabulous changes of seasons and weather.

A global destination for health and wellness, Rochester is home to many innovative healthcare entrepreneurs.

Brothers Scott and Eric Snyder launched their personalized medicine business, Geneticure, in Minnetonka in 2014. But four years later, the Rochester-born siblings recognized the mounting opportunity in their hometown as a result of Destination Medical Center and expanded the business to Rochester. The group originally occupied space in the Mayo Clinic Business Accelerator but recently moved to their own location now operating out of the offices above Grand Rounds Brewing Company in downtown Rochester.

DMC sat down with Scott Snyder, Geneticure’s CEO, to learn more about the company and its decision to return to its Rochester roots.

Dr. Jeanne M. Huddleston is Mayo Clinic’s first Hospitalist, a physician whose professional focus is on the general medical care of hospitalized patients. She expanded upon that role by becoming accredited in industrial and systems engineering, statistics, and LEAN Six Sigma, among other fields of study. DMC sat down with Dr. Huddleston to learn more about her move to the Mayo Clinic Center for Innovation (CFI) and how she feels employing an engineering perspective might help Rochester and DMC achieve its vision of becoming America’s City for Health. 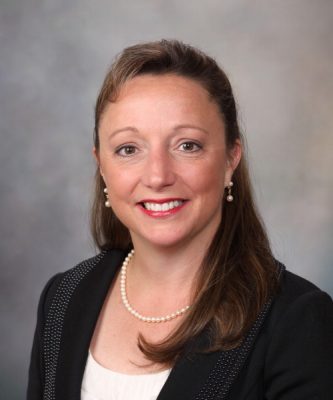 DMC: You recently took on a role in the Mayo Clinic Center for Innovation. How has design thinking – CFI’s primary methodology – impacted your evolving approach to health care delivery?

Huddleston: I moved over from the Center for Science of Health Care Delivery to the Center for Innovation (CFI) because I’m very passionate about making meaningful improvements in health care delivery for our patients and our providers now. Not five years from now. Not ten years from now – but now.

RHI is also unique in that it is one of the earliest medical businesses that chose to set its roots in downtown Rochester specifically because of DMC’s vision to coin Rochester as America’s City for Health.

“We provide patients with IV medications in the comfort of their own homes,” Joselyn Raymundo, founder and president of Rochester Home Infusion (RHI), tells Destination Medical Center (DMC) in an interview.

Home infusion has been around since the 1980s. It is safe, effective, and, according to Raymundo, preferred by most patients. “People tend to recover faster when they are at home with the support of their loved ones. And going home allows them to return to work or school and resume their normal lives” she says.

As one of the first 2,500 companies allowed in Apple’s App Developer Program, Rochester’s own DoApp was making apps before apps were cool.

In 2008, DoApp was part of a whirlwind app-developing frenzy – and the start-up ultimately landed three of its products in the Apple Store.

“That put us on the map,” former DoApp CEO Wade Beavers told the Destination Medical Center in an interview. “Companies were calling us to develop apps for them – which we did for a period of time.” But eventually, DoApp had to focus on their own apps in order to build out the solutions they offer today.

If you want to know just how far Rochester’s entrepreneurial community has come in a few short years, ask Jamie Sundsbak.

As a Senior Program Coordinator at the Mayo Clinic and the founder of BioAM, a meet-up group for bio-business startups in southern Minnesota, Sundsbak says Rochester has “come a long way.”

“I know that many people don’t see that, but for those of us in the trenches, it has been a monumental shift,” Sundsbak told Destination Medical Center in a recent interview. “I have worked with fantastic people from all over the city who share a fantastic entrepreneurial vision and who have worked tirelessly to expand our ecosystem.”

A cornerstone of the Destination Medical Center plan is to position Rochester as a leader in the biotechnology and medical technology fields. The development of Discovery Square – a sub-district dedicated to advancing game-changing ideas in patient care – is a critical step in reaching this goal.

The groundwork is already there. Medical innovators have long flocked to Rochester to collaborate with the Mayo Clinic on new technologies that are making health care better and more efficient.

Preventice Solutions is among the companies that saw promise in collaboration early on. Emily Benner, who is Preventice’s Senior Vice President of Research and Development, sat down with DMC to talk about how her company is changing the way doctors care for cardiac patients, and what Discovery Square means for innovators.

The Community Advisory Committee charged with guiding the public realm design for Heart of the City, the DMC sub-district that serves as the soul of Rochester’s downtown, selected six consulting teams this week from the eleven who applied. 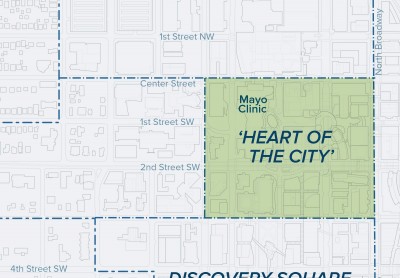 With DMC efforts like Discovery Square intended to help launch new startups and grow existing ventures, enhancing the diversity of the entrepreneurial landscape for the region will help drive growth and ensure that we attract and retain professionals of all ages. 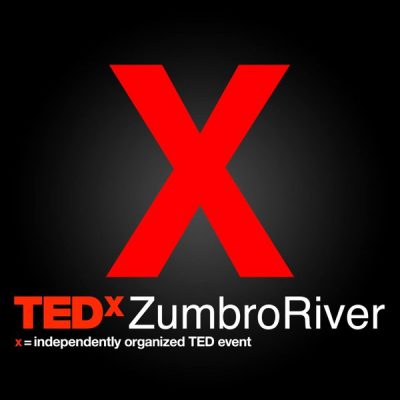 he resume of Rochester-based entrepreneur Tori Utley reads like it belongs to a seasoned veteran of Silicon Valley: mobile app enthusiast, tech start-up founder, and non-profit leader are all on her list of accomplishments.

But at 23, Utley has just started her career. You can catch her presenting at TEDx ZumbroRiver on May 5, but if you want to learn more about her in the meantime, read on.

When Florida native Francisco Corripio started coming to Rochester for medical treatment six years ago, opening a restaurant was the furthest thing from the long-time banker’s mind.

When Corripio learned that his medical treatment would be more extensive, he and his wife relocated to Rochester permanently. Last year, Corripio, along with members of his family, opened Francisco’s Cuban Café in the First Avenue Food Court on the skyway level of the 100 First Avenue Building in the Heart of the City. For Corripio, the café, which serves everything from fried plantains to Cuban sandwiches, was both a business venture and a personal necessity.